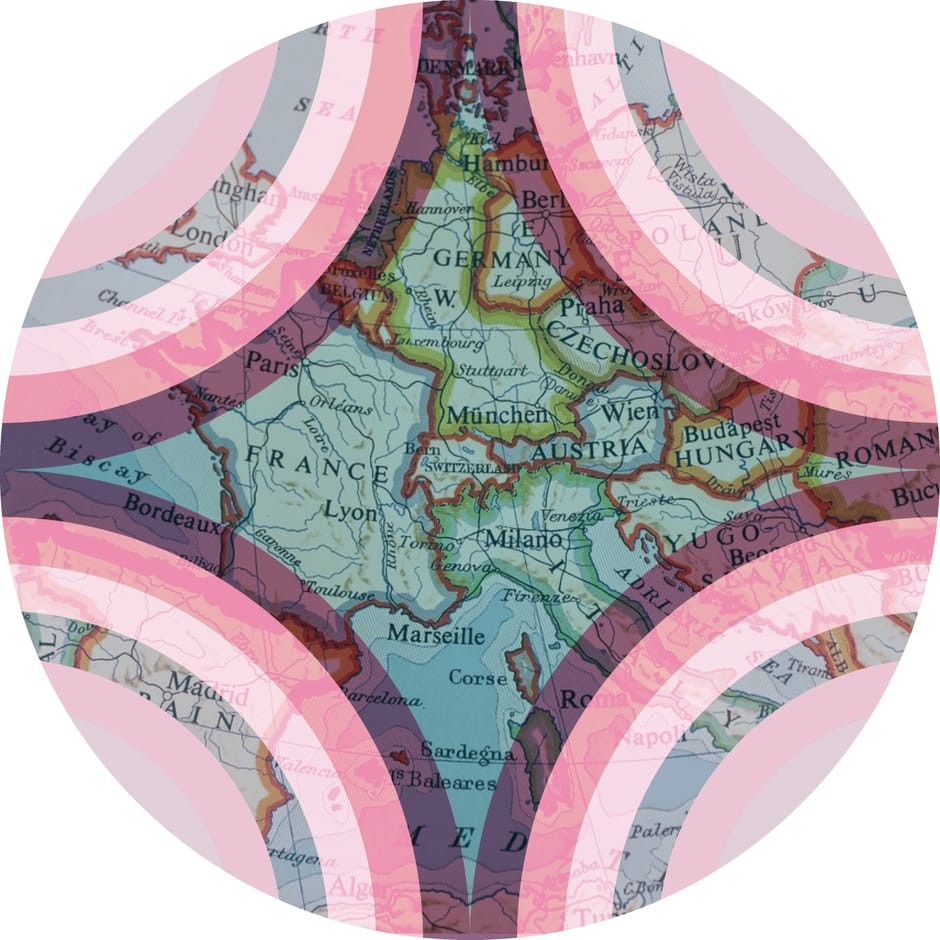 Troels Aagaard is the third artist who contributes to My Museum. With his multiple, he opens up two of his own works series – 4 circles make a star and Triple Star – to audience experiments. On the occasion of My Museum, the works have been split up into various layers and modules which may be used freely for redesigning and colouring one’s own and personal pictures.

In Aagaard’s circular works, four circles overlap in such a way that a star is formed in the middle. In Triple Star, three round canvases are joined together so that the circles overlap and the star formations are fragmented. For the co-creator it thus becomes possible to experiment with varying degrees of complexity; you can zoom in on your motif as if you were looking through a pair of binoculars, or you can play with the figurative level, challenging yourself to find more focus points.

Troels Aagaard’s artworks can be found in this folder.

See how you get started in this video tutorial:

Join My Museum / this is how you may contribute

Once you have created a picture that you would like to share with Esbjerg Art Museum, you can do so from this web page: https://www.eskum.dk/my-museum-uploads/ ‎

In Troels Aagaard’s visual universe, the range between systematics and dynamics, reality and illusion, is investigated. Aagaard makes use of the basic principles of geometry, while he at the same time exploits to the utmost the most fundamental elements of painting: line, plane, form, and colour. Through surprising artifices the three-dimensionality of the surface is explored in such a way that his paintings often seem to be sculptural objects.

Troels Aagaard is represented in the museum collection by the work On the Shoulders of Giants, created especially for the Counterpointexhibition in 2009, as a comment for Richard Mortensen’s large painting Complex of shapes in front of white ground (1969). Aagaard also figured as part of the 2017 exhibition IDEALS – concrete art then and now, in which he contributed to the creation of a connection between the concrete art of the 1950s and our present time.