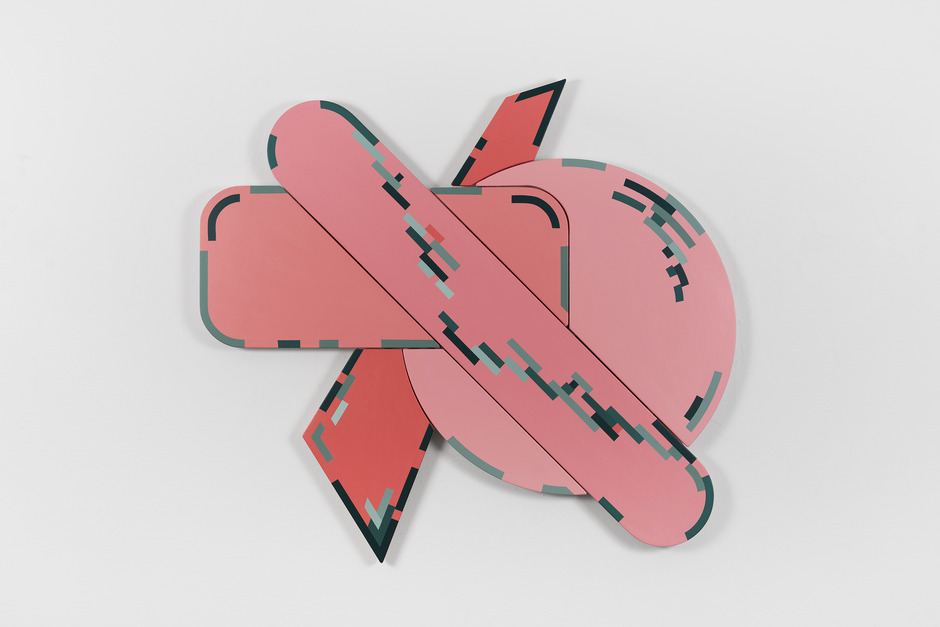 With MATCH 2023, we present the result of the intensive cooperative efforts by the artists Troels Aagaard (DK) and Ted Larson (USA).

The acclaimed American artist Ted Larsen is presented here for the first time in a large-scale Danish context. Both of the artists behind this project create works along the lines of e.g. constructivism and pop art; for example, they both work with bright colours, spatial strokes, and geometric constructions. Thus they both experiment with some of the most basic aspects of art as well as human perception, i.e., our sensuous experience and perception of the world. It is precisely this dimension that is highlighted in their present cooperation, for when their works meet in the exhibition space of Esbjerg Art Museum, they will be intervening in the architecture itself and dissolve those spatial waymarks with which we normally feel comfortable.

The idea behind the MATCH series (which has existed since 2001) is relatively simple: A Danish artist, appointed by the museum, invites a foreign colleague of his/her own choice, to cooperate on transforming the museum’s largest exhibition hall into a shared statement, a collective installation. Thus it will not be a standard exhibition cooperation – the two artists, working side by side, usually come to influence each other’s works directly. At the same time, they function as mutual and joint curators. They designate and debate the elements that fascinate them in the works of the colleague, and hence the project offers to the artists a maximum of freedom in their process which in our experience seems to be very pleasure-driven.

Concurrently with MATCH 2023, in the museum’s other special exhibition hall, we present works from our collection that are all created in extension of those traditions continued by Troels Aagaard and Ted Larsen. You may experience works by Amalie Jacobsen, Gerold Miller, Richard Mortensen, and Robert Jacobsen.